I forgot I’d written a Goodreads review of THE HAPPIEST TODDLER ON THE BLOCK, but someone “liked” it this morning and I went back to read it. Still pretty proud of it, I have to say. Dementia is setting in, though: I remember a few things about BLOOD MERIDIAN, but if I’m referring to anything in particular here, I’ve forgotten it.

(Why would I name-check BLOOD MERIDIAN in a review of a book about child behavior management? That’s what we call “clickbait,” son.)

I am still trying to get my head around the implications that the British government’s equivalent of the NSA probably holds the world’s largest collection of pornographic videos, that the stash is probably contaminated with seriously illegal material, and their own personnel can in principle be charged and convicted of a strict liability offence if they try to do their job. It does, however, suggest to me that the savvy Al Qaida conspirators [yes, I know this is a contradiction in terms] of the next decade will hold their covert meetings in the nude, on Yahoo! video chat, while furiously masturbating.

If I ever have a hundred hours that cry out to be wasted, the first thing I’ll do is write an urban fantasy series where the secret magical underworld is populated by creatures from JABBERWOCKY.

The more I think about it, the better it fits with the tropes. There are lots of different societies of creatures (toves, borogoves, mome raths) and unique foes (the Jubjub bird, the Bandersnatch, the Jabberwock). The obligatory alternate dimension can be the Tulgey instead of the Fey. The protagonist has a special weapon and a beloved parent, and slays the big boss at the end. Then, of course, we can subvert it, so the protagonist is a skinny woman in a tank top with a big sword and the Jabberwock is largely humanoid (or a shapeshifter) with six-pack abs and “slaying” takes on a whooooole new meaning. The first trilogy could be SLITHY, FRUMIOUS, and VORPAL. If it takes off, I could hit up THE HUNTING OF THE SNARK as an encore.

… since I started writing this post a couple of months back, I actually went much of the way to a treatment for the thing, some of which may be entertaining or interesting enough to post. I think the question, if I were ever to do this, would be how straight to play it. I can’t quite tell whether the underlying premise (magical creatures harmed by logic) is self-parody enough, or whether something more would be needed. Anyway, here’s what I’ve got.

IDEA: Urban fantasy based on JABBERWOCKY.

SETTING:
Trenton. (“It is a truth universally acknowledged that Trenton makes and the world takes.”)

SETUP:
Trenton forms a natural nexus between the Mome Raths’ New York territory, the Borogoves’ Philadelphia territory, and the embattled but entrenched Toves’ territory in central New Jersey (encompassing the major universities, Princeton and Rutgers, as well as a lot of pharma and high-tech). The tribes currently operate under an uneasy peace, the balance of power such that no one wishes to draw the ire of the other two. What are their objectives? They need food and shelter just like anyone else, and that’s an issue, but they’re running up against a bigger problem, which is their vulnerability to logic. The application of methodical thought and inference to them makes them sicken and eventually die; if humanity were to become conscious of them, it would be like smallpox blankets. So they are trying to inoculate themselves to logic by controlled exposure to it, courtesy initially of Alvise Ludovico and now Carla Dodson. Carla has learned to control her thoughts so she doesn’t harm them too much; Alvise slew a lot of them before he went insane enough to help, but now he’s too insane to help.

So Carla is trying to help all three, and in particular to keep them away from the brink of mutually assured destruction—if any tribe outed another tribe to the humans, they would probably all die. Trenton is a DMZ in which ambassadors from the tribes meet, negotiate border conflicts, and seek out Carla for inoculation.

What we need is for Carla to start on a quest to hunt the Jabberwock. And I guess the reason for it is that the Jabberwock is hunting Toves. [redacted for spoilers.] How has XXXXX persuaded the Jabberwock to kill Toves? Well, the Jabberwock is accustomed to hunting the sick and weak, which (historically) have been those afflicted by logic — so it can smell logic. But it doesn’t differentiate sound logic from faulty logic—reasoning that’s mostly good but fatally flawed. But it’s sound arguments that kill tribesmen. So XXXXX pulls them in with Internet trolling. It’s amusing and nonfatal to tribesmen, but it puts the scent of logic on them, which makes them targets for the Jabberwock…

I suppose that, if I were going to start with an homage to Jane Austen in the first line, I could just take the plunge and write the whole thing with the tone and diction of a nineteenth-century novel of manners. But that might be a bridge too far. (Get it?) 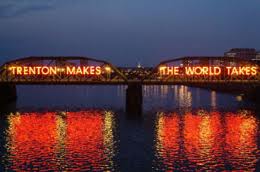 Plot summary: Crazed genius invites several young people into a labyrinth of his own making, in which all but one suffer terrible mutilations. The one who remains is recruited as his successor.

Is this a pitch for

(a) SAW III?
(b) CHARLIE AND THE CHOCOLATE FACTORY?

All the articles in SLATE’s Longform Guide to Takedowns are worth reading, but two stand out. I think their common strength is in using good writing, and insight trained by writing, to anatomize the failings (and, in a sense, the workings) of bad writing. It may help that their targets really are fish in barrels—or, perhaps more likely, that their targets come off as fish in barrels may testify to the pungency with which Taibbi and Morozov make their cases.

The significance of Columbus’s discovery was that on a round earth, humanity is more interconnected than on a flat one. On a round earth, the two most distant points are closer together than they are on a flat earth. But Friedman is going to spend the next 470 pages turning the “flat world” into a metaphor for global interconnectedness. Furthermore, he is specifically going to use the word round to describe the old, geographically isolated, unconnected world.

“Let me… share with you some of the encounters that led me to conclude that the world is no longer round,” he says. He will literally travel backward in time, against the current of human knowledge.

Today TED is an insatiable kingpin of international meme laundering—a place where ideas, regardless of their quality, go to seek celebrity, to live in the form of videos, tweets, and now e-books. In the world of TED—or, to use their argot, in the TED “ecosystem”—books become talks, talks become memes, memes become projects, projects become talks, talks become books—and so it goes ad infinitum in the sizzling Stakhanovite cycle of memetics, until any shade of depth or nuance disappears into the virtual void. Richard Dawkins, the father of memetics, should be very proud. Perhaps he can explain how “ideas worth spreading” become “ideas no footnotes can support.”

—“The Naked and the TED,” by Evgeny Morozov

(Regarding, via. Thanks for the transcript.)

The first time through A Song of Ice and Fire, I totally didn’t catch Renly/Loras. The second time, having been forewarned, it was fairly clear from various only partially obfuscated bits of dialogue (“praying” in the tent before the battle with Stannis, “shove it up some place even Renly never found,” the non-consummation of his marriage to Margaery Tyrell, &c). The third time through, I’m noticing word choices in things totally unrelated to Renly/Loras, where I’m pretty sure GRRM is just being cheeky. Thus:

“Could it be that Lord Renly, who looked so like a young Robert, had conceived a passion for a girl he fancied to be a young Lyanna? That struck him as more than passing queer.” A GAME OF THRONES

“She heard Renly begin a jest, his shadow moving, lifting its sword, black on green, candles guttering, shivering, something was queer, wrong…” A CLASH OF KINGS

“‘Renly will scarce have unlimbered his siege engines before Father takes him in the rear.'” A CLASH OF KINGS

More on this, potentially, when the library’s copy of A STORM OF SWORDS comes off its hold, or when some kind soul lends it to me.

The writers on THE WEST WING 6.3, “Third-Day Story,” were obviously having a field day with Josh’s lines. Here are the highlights, all regarding (a) Turkmenistan or (b) a bet with CJ that he can’t survive without snacking on pastries until the end of the week:

“This is some nutbag dictator of the week begging for surplus rutabagas.”

“It’s a nation of Labradors run by Zeppo Marx!”

“Belly up to the griddle, Griselda.”

“C.J.’s trying to trap me and she’s going down like a cheap pair of salad tongs.”

“You can throw me in a vat of custard with a chocolate-covered snorkel. It’s going to be you and me this weekend, and you are wearing a floppy hat!”

“We need a coalition. We’re being mugged by a melon-worshipper!”

“It’s like a torture chamber designed by renegade Keebler elves.”